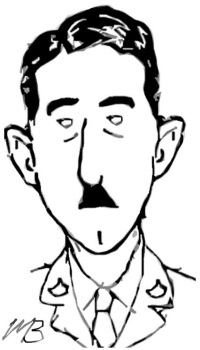 For conspicuous gallantry in action. He led his company in the attack with great courage and determination, and although wounded, by personal coolness and example assisted in the success of the operation.

Henry Edward Pense was born in Kingston, Ontario on 2 August 1889. An eight-year member of the 14th Princess of Wales’s Own Rifles Regiment, he enlisted as a subaltern with Lieutenant Colonel W. St. Pierre Hughes’ 21st Battalion in November 1914. He was promoted to command “A” company after the battle of St. Eloi Craters in April 1916.

Pense was wounded in action on 15 September 1916 while leading an attack near Courcelette. His bravery earned him the Military Cross. After recovering, he rejoined the 21st in January 1917 and became battalion adjutant. He was promoted to second-in-command on 29th October 1917 and took charge of the battalion after the death of Elmer Jones on 9 August 1918.

Pense led the 21st through the final Hundred Days’ Offensive until the armistice. He died in Kingston on 1 February 1962.