We commanders in the field have to be very careful; if you make a success of a venture you are a great hero, but if you happen to lose a few men, no matter how well your attack might be planned, your position, your reputation, and, perhaps, your head may be the price.

On 2 September 1918, Cyrus Wesley Peck led the 16th Battalion against the Drocourt-Queant Line. Under heavy machine-gun and artillery fire, Peck completed a dangerous reconnaissance mission, captured crucial objectives and directed tanks to support of his battalion’s advance. For “magnificent display of courage and fine qualities of leadership,” Peck was awarded the Victoria Cross, the highest award for gallantry in the British Empire.

Peck was born on 26 April 1871 in Hopewell Hill, New Brunswick but moved to Prince Rupert, British Columbia as a teenager. In November 1914, Peck enlisted as a captain with J. A. Hall’s 30th Battalion. He proceeded to France with the 16th Battalion in April 1915 at the rank of acting major. After Lieutenant Colonel Jack Leckie left for England in November 1916, Peck assumed command of the 16th. In addition to winning the Victoria Cross, he was mentioned five-times in dispatches and received the Distinguished Service Order and Bar. 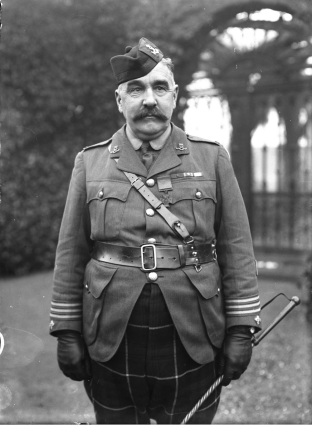 In August 1917, soldiers under his command and friends at home urged Peck to enter the political arena by running for Parliament. Although previously a Liberal supporter, he decided to run as an independent Win-the-War candidate in the riding of Skeena. On the 17 December election, to the surprise of many, Laurier Liberal Alfred Stork defeated the war hero in the civilian vote: 2,043 to 1,519. However, after tallying the soldier ballots, Peck was declared the victor, gaining 1,287 votes to only 68 for Stork.

Peck conveyed his thanks to supporters back home but asserted that his place remained on the Western Front, rather than Ottawa . He did not take his seat in the House of Commons until after demobilization in early 1919. Tired with political intrigue among British generals and the ambitions of Canadian politicians, Peck vowed, “I will go back to the House and defend the character of the Canadian army before Parliament and the people of Canada.”

His maiden speech in March was a vigorous defence of General Currie’s reputation against the insinuations and slander of ex-Minister of Militia, Sir Sam Hughes. An appreciative Currie wrote to Peck, “I sincerely congratulate you on the manner in which you impressed your personality on the House of Commons.”

In closing his first address, Peck called for a “higher and nobler” national life that took the lessons from the trenches where there were no politics. He declared, “In the trenches we were one grand brotherhood. Unless you are a soldier you cannot understand the spirit de corps that prevails.” Failure to use the gallant returned men in building a better country Peck admitted, “then, Sir, I think that our sacrifices shall have been in vain and our time lost indeed.”

In a rematch with Stork in the 1921 federal election, Peck was defeated by less than forty votes. In 1924, he entered British Columbia provincial politics as a Conservative MLA for The Islands (1924—1933). He died in Vancouver on 27 September 1956.