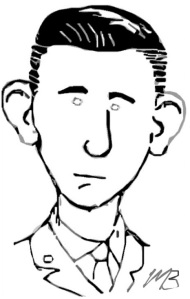 The fourth will not forget him
Although his stay was short,
For he proved to be a soldier
Far above the average sort.
His ways were very quiet
But in action he was strong;
He was absolutely fearless
And his judgment was seldom wrong.
To the men he was a leader
Whom they were proud to serve,
Never say a word against him
Or you’ll regret that word.
He is gone but not forgotten
By those who knew him best,
For we know that safe in heaven
He has found eternal rest.

Born on 27 February 1888 in Port Credit Ontario, Alexander Thomas Thomson was a member of the 36th Peel Regiment. He was assigned to the 10th Battalion at the rank of lieutenant when the First Contingent assembled at Valcartier in August 1914.

He was wounded in April 1915 and could not return to the trenches until October. After rejoining the 10th, he distinguished himself in the field and earned a promotion to captain. He won the Military Cross at Hill 60 in June 1916 and the Distinguished Service Order in October. 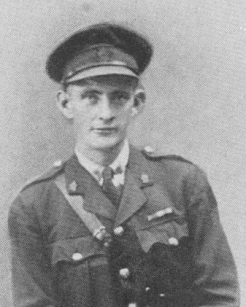 By June 1917, he was attached to the 4th Battalion, having succeeded Lieutenant Colonel William Rae. According to Lieutenant James Henry Pedley, in contrast to the 4th’s former commander, Thomson was “a man of totally different type, who had been the idol of the battalion adored alike by officers and men, and whose death in the line had plunged the unit in grief.”

Thomson remained in command until he was shot and instantly killed by an enemy sniper on 19 November 1917. His brother, Lieutenant D. C. Thomson had been killed just two months earlier. The 4th Battalion war diary noted that numerous senior officers attended the funeral including Generals Currie, Macdonnell and Griesbach “and many other of his rank showing the esteem in which Col. Thomson was held.”

One thought on “The Unforgotten”