The military record of Colonel Garner is a long and gallant one. During the Boer war he served as special scout in Lord Strathcona’s Horse in
1900 and 1901 and was severely wounded. He was honored by “special
mention in dispatches” in the London Gazette, February, 1901, and was
awarded the Queen’s medal and four clasps, the medal being presented
by His Majesty the King, Edward VII, on the 10th of February, 1901.

Born on 6 September 1878 in Warwickshire England, Albert Coleman Garner immigrated to Canada with his family in 1888. He fought with Lord Strathcona’s Horse during the Boer War. After returning from South Africa, he joined the 16th Light Horse and the elite Corps of Guides. Before the First World War, he was a land surveyor and civil engineer in Saskatchewan.

END_OF_DOCUMENT_TOKEN_TO_BE_REPLACED 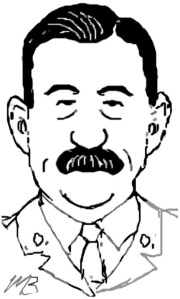 This battalion should be very popular, as a very small amount of drill is necessary, and the work of laying railways behind the lines will be particularly interesting.

Born on 28 September 1878 in Muskoka, Ontario, Walter Adam McConnell was a railway engineer and graduate of the Engineering Corps of the School of Science. In January 1917, he was authorized to raise the 256th Railway Construction Battalion. McConnell and the majority of his recruits had belonged to the 109th Regiment, the Home Guard unit organized by Lieutenant Colonel W. T. Stewart two years earlier. Including the volunteers in the 256th, by 1917 the 109th Regiment had provided a total 200 officers and 5,000 men for overseas service.

END_OF_DOCUMENT_TOKEN_TO_BE_REPLACED 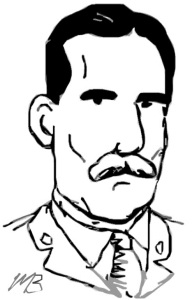 Many in this unit have ancestors who fought in 1776 against England, or rather against the tyranny of an English king and against German mercenaries. The descendants of these fighting men of old are proud of their ancestors’ deeds. How could the descendants of those men living through these times of stress, in days to come, answer the very natural questions from their children: “Why did you not fight for the oppressed?”

Warren Morrill Sage was an American-Canadian civil engineer and militia officer in Calgary. Born in New York on 28 January 1886, Sage moved to Alberta after graduating from the Columbia School of Mines in 1906. He joined the 103th (Calgary Rifles) Regiment as a private and was reputedly a “crack shot” with a rifle. At the outbreak of the war, Sage joined the 56th Battalion as a captain and later the 137th as second-in-command. After Militia Minister Hughes created the American Legion battalions in 1915, Sage offered to recruit a unit from Alberta and British Columbia.

END_OF_DOCUMENT_TOKEN_TO_BE_REPLACED

Col. Earchman was the most popular officer ever connected with a hockey club, and he drilled it into his men to play that game. They carried this out at all times. The best wishes of every player, fan and citizen go with the Battalion.

When Archibald Earchman began organizing the 228th Battalion in early 1916, he was as much interested in putting together a championship hockey team as he was an effective military unit. In total, he recruited over sixty semi-professional and amateur players. Earchman entered a team into the 1916/1917 season National Hockey Association but they were forced to withdraw when the battalion was ordered overseas in February 1917.

END_OF_DOCUMENT_TOKEN_TO_BE_REPLACED

Lt. Col. Perrett was severely wounded by splinter from bomb which entered head. He was adm. YPRES Dressing Station.

He has risen above his misfortune, however and has determined to “carry on” at home…

Thomas Edwin Perrett was a school inspector, teacher and principal. He was born on 13 February 1871 in Pembroke, Ontario and moved west in the 1890s to teach in Manitoba. He later became superintendent of schools in the North West Territories and principal of the Regina Normal School. In spring 1915, Perrett enlisted as a major with Lieutenant Colonel Edgar’s 68th Battalion, raised from Regina and Moose Jaw.

END_OF_DOCUMENT_TOKEN_TO_BE_REPLACED

“We hold the record for railway building in France. We had a very difficult piece to build, because it was in full view of the German lines in daylight for about 1½ miles across a valley.

When the air cleared on Thursday the Germans saw the railway track from their observation balloon and started to shell it, and, after sending over about 200 shells, they broke a rail, which was repaired in a few-minutes. This line can only be used at night, without light or noise

Frederick Fieldhouse Clarke was an engineer and surveyor in northern Ontario. Born on 22 August 1878 in Hamilton, Clarke had moved north during the mining rush around Cobalt. He served for three years with the Royal Canadian Regiment and nearly twenty with the 12th York Rangers. Through his work with northern railway development, Clarke helped to found the town of Kapuskasing in 1911

END_OF_DOCUMENT_TOKEN_TO_BE_REPLACED

Stewart ran up railways with a rapidity that astounded the authorities… If I had been Prime Minister, he would have found a seat in the British House of Peers, the only recognition adequate to his vast services to the Empire in her worst hour of peril.

Responding to the critical Allied need for rail support in France, the Canadian government authorized the creation of several battalions designated for railway construction. In May 1916, noted Vancouver railway builder, John William Stewart began recruiting for the 239th Battalion. Born on 12 December 1865 in Sutherland, Scotland, Stewart moved to Canada in 1882. Rising from a poor immigrant labourer, Stewart became a very successful railway manger and contractor in western Canada and Montana.