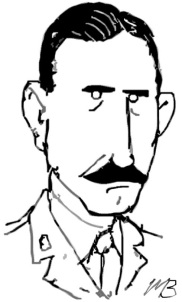 They were looked on as a necessary evil. War diaries were presumably for the benefit of historians, if you will, and were prepared as carefully as could be under the circumstances.

Royal Lindsay Hamilton Ewing enlisted in the 42nd Battalion as a subaltern, rose from platoon leader to adjutant, and returned home as the commanding officer in 1919. Born in Montreal on 12 November 1878, he was a real estate agent and member of the Black Watch regiment. Having served with the 42nd throughout the war, Ewing was twice mentioned in dispatches, received the Distinguished Service Order and Bar, and won the Military Cross.