Do not allow any factors to induce you to take an action contrary to the dictates of your own judgment and conscience. In many long years of military life my experience has taught me that a soldier who does so spends the balance of his career in making a series of errors, each in the vain attempt to correct the one immediately preceding, and all resulting from his first violation of sound practice.

Arthur Henry Bell was a professional soldier and veteran of the Boer War. Born on 16 September 1871 in King’s County, Ireland, Bell served with the Leinster Regiment, the Cape Mounted Police, the Matabele Relief Force, and the Imperial Yeomanry in South Africa. At the outbreak of the First World War, he was the commanding officer of Lord Strathcona’s Horse in Calgary.

END_OF_DOCUMENT_TOKEN_TO_BE_REPLACED 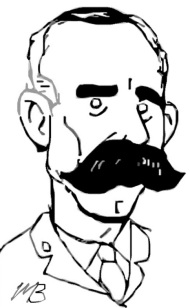 The attack followed those of Thursday night, when two cafes belonging to the White Lunch company were demolished. The attack tonight is expected upon other hotels whose managers have expressed sympathy with owners of structures already destroyed. When the attack was made on the Riverside hotel last night. Lieut-Col. Armstrong, commanding the 56th battalion rushed to the scene of activities, but he was unable to persuade the men to quit.

William Charles Gordon Armstrong was a Calgary civic leader and founder of the 103rd (Calgary Rifles) Regiment. Born on 2 November 1865 in Sleaford, England, Armstrong immigrated to western Canada in 1892. He was a land surveyor, investor, city councillor and capitalist. After serving several years in the 15th Light Horse, he created the 103rd Regiment on 1 April 1910.