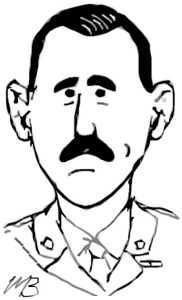 It is presumed by the police that Morrison lay down on the chesterfield, and pressing the gun against his left breast, pulled the trigger. The bullet passed through the body below the heart and went out through the back lodging in the chesterfield. Examination of the army automatic found on the floor showed the only other bullet had jammed in the ejector.

Major Gordon Fraser Morrison led the 19th Battalion through the first stage of the battle of the Somme in summer until commanding officer Lieutenant Colonel W. R. Turnbull recovered. On 9 October 1916, Morrison transferred to take command of the 18th when Henry Linton Milligan returned to Canada following the death of his wife. Born in Toronto on 16 October 1884, Morrison was a member of the Queen’s Own Rifles, a mining executive and stockbroker with Pellet & Pellet. His grandfather, Angus Morrison had been mayor of Toronto in the 1870s.

END_OF_DOCUMENT_TOKEN_TO_BE_REPLACED 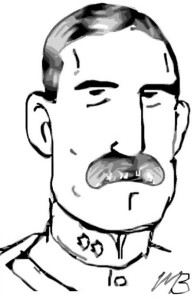 Mayor E. S. Wigle today had more than his 78th birthday to celebrate. He could also boost of a one-punch knockout…

Mayor Wigle, 220 pounds of brawn on a still-athletic frame, felled his former pupil with a straight right to the face as they mixed after a few minutes of exhibition sparring. When he came to the admiring Campbell declared “There isn’t a man in the house could have withstood that wallop.”

Ernest Solomon Wigle was a prominent Ontario lawyer and former mayor of Windsor (1905—1909). He was born on 5 March 1859 in Essex County, Canada West. The six-foot Wigle was active in football and cricket but his sporting speciality was boxing. In 1884, he won the intercollegiate heavyweight championship and was undefeated as the Essex County championship.