Word received that Col. Davidson was unable to return to his battalion owing to physical breakdown. He was examined by a medical board in London and declared unfit for further service.

Born on 7 November 1870 in Montreal, Peers Davidson was the son of Quebec Chief Justice Charles Peers Davidson (1843—1925). His hockey player brother, Shirley (1872—1907) won multiple Stanley Cups with the Montreal Vicrorias in the 1890s. Another brother, Thornton (1880—1912), died during the Titanic sinking. A graduate of McGill, Peers Davidson was an advocate with a Montreal law firm, commodore in the Royal St. Lawrence Yacht Club and commanding officer of the 5th Regiment, Royal Highlanders of Canada.

END_OF_DOCUMENT_TOKEN_TO_BE_REPLACED 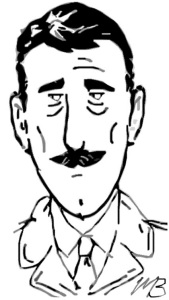 Though severely wounded soon after the start he refused aid, and dragged himself to a shell-hole, from which he could observe. Realising that his exhausted troops could advance no further he established a strong line of defence and thereby prevented the loss of most important ground. Despite intense pain and serious loss of blood he refused to be evacuated for over five hours, by which time he had established the line in a position from which it was possible for the relieving troops to continue the advance.

It is impossible to overestimate the results achieved by the valour and leadership of this officer.

For heroically charging a German machine nest during the battle of Arras on 28 August 1918, William Hew Clark-Kennedy received the Victoria Cross, the highest award for gallantry in the British Empire. Born in Scotland on 3 March 1879, he had fought in the Boer War before immigrating to Canada, where he joined the 5th Royal Highlanders.

END_OF_DOCUMENT_TOKEN_TO_BE_REPLACED 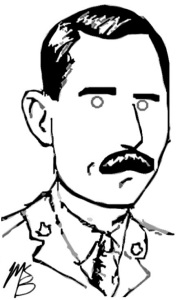 George Harold Baker was the only sitting Canadian Member of Parliament killed in action during the First World War. Born in Sweetsburg, Quebec on 4 November 1877, Baker was Conservative MP for Brome (1911—1916) and commanding officer of the 13th Scottish Light Dragoons. He died in the battle of Sanctuary Wood on 2 June 1916. He is commemorated with a life-sized bronze statue in the Centre Block of the House of Commons.

END_OF_DOCUMENT_TOKEN_TO_BE_REPLACED

I desire to pause here to pay just tribute to the memory of that man who organized the army which will yet win victory for Britain and for the allied nations; I mean Lord Kitchener.

To his standing as a great soldier, as the virtual head of the British army at the time; to his military ability, to his indomitable will, which had been tested on so many occasions, the people of the United Kingdom and the whole Empire looked in the day of trial, and they did not look in vain.

On 5 June 1916, while transporting British War Minister, Field Marshal Horatio Herbert Kitchener, on a diplomatic mission to Russia, the HMS Hampshire struck a German mine near the Orkney Islands. Earl Kitchener and his staff drowned in the violent sea along with 643 crew and passengers. One day later, the 244th Battalion was authorized from Montreal under the command of Frederick Mackenzie McRobie. Sir Sam Hughes dubbed the new unit Kitchener’s Own and called on recruits to avenge the War Minister’s death.

END_OF_DOCUMENT_TOKEN_TO_BE_REPLACED 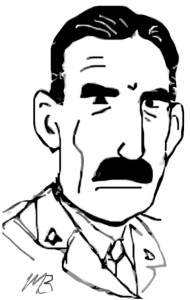 You, Officers and men of the 87th have lost a gallant leader. And I have lost a trusted and dear friend. The whole Canadian Corps has lost a tried and able soldier.

On 8 May 1917, James Vincent Patrick O’Donahoe succeeded Major H. LeR. Shaw as commander of the 87th Battalion. Born on 27 May 1881 in Brockville, Ontario, O’Donahoe had served as a major with the 60th Battalion in France. In January 1917, he assumed command of the 199th Battalion for a tour of Ireland following Harry Trihey’s controversial resignation.

END_OF_DOCUMENT_TOKEN_TO_BE_REPLACED

The news of Major Tremblay’s promotion to the command of the battalion and of Colonel Gaudet’s illness is absolutely untrue. I cannot understand who spreads these rumors that do no one any good and very often do a great deal of harm. Colonel Gaudet is still with us and I hope he will be with us until the end of the campaign.

Frederick Mondelet Gaudet was a professional soldier and engineer with the Royal Canadian Artillery. Born in Three Rivers, Canada East on 11 April 1867, he was one of the first francophone graduates of the Royal Military College. In 1913, he incurred the wrath of Militia Minister Sam Hughes for criticizing the Ross Rifle. Hughes made trumped-up allegations of corruption and negligence against the militia colonel. One year later, in November 1914, Gaudet was appointed to command the 22nd Battalion, the first all French Canadian unit.

END_OF_DOCUMENT_TOKEN_TO_BE_REPLACED

His death is an irreparable loss, not only to the Battalion, which he loved, and for which he rendered such brilliant and devoted service, but also to the Brigade and Division. All ranks who had the privilege of serving under his command had learned to love him as a friend and counsellor, and to admire him as a brilliant and gallant soldier and gentleman.

Bartlett McLennan succeeded Major S.C. Norsworthy as commander of the 42nd Battalion on 6 April 1917. Born on 10 November 1868, McLennan was a graduate of the Royal Military College and president of the Montreal Transportation Company. He advanced philanthropic initiatives in the city and promoted amateur sports as a means of social progress. An enthusiastic sportsman, McLennan was an accomplished equestrian, hunter and polo player.

END_OF_DOCUMENT_TOKEN_TO_BE_REPLACED

“We have tried to stir up the patriotism of Montreal but it seems as though we must give up because there is nothing left to stir.”

Allan Angus Magee was a Montreal lawyer and graduate of the University of Toronto. He was born on 17 February 1881 in London Ontario. At the outbreak of the war, Magee joined the Canadian Officer Training Corps at McGill University as second-in-command. In November 1915, he was selected to raise the 148th Battalion from Montreal.

END_OF_DOCUMENT_TOKEN_TO_BE_REPLACED 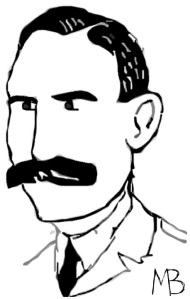 The 41st, under Col. Archambault, had more than its share of desertions. The Colonel naturally was uncommunicative, but it was learned on fairly good authority that 150 men drooped away utterly…

Born on 10 October 1879 in Montreal, Louis Henri Archambault was a lawyer, militia officer and Inspector of Cadets. He had served with the 64th Regiment for nearly twenty years. In early 1915, he transferred from the 22nd Battalion to raise the second French Canadian unit from Quebec, the 41st.

END_OF_DOCUMENT_TOKEN_TO_BE_REPLACED 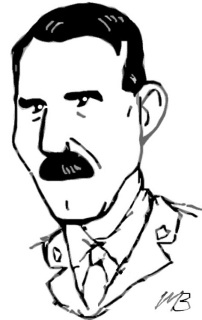 Moreover the confidence of those interested in the Regiment is absolutely in Colonel Trihey, Should his perhaps too hasty action result in his being deprived of its command and prevent his leading it to the front, the reward of the sacrifices he has made and is willing to continue to make, will be that he will be held up to the public as having deliberately deceived and misled these men.

Henry Judah Trihey was an amateur hockey player for the Montreal Shamrocks between 1897 and 1901. Regarded as one of the best forwards of his time, Trihey won two Stanley Cups with the team and played a crucial role in defending the championship during three challenge games. He was born on 25 December 1877 in Berlin, Ontario. After his hockey career, he became a barrister in Montreal.