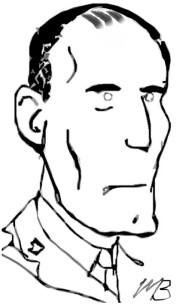 Watched closely by gestapo agents in their midst, Nazi prisoners of war in internment camps in Canada wage a 24-hour battle of wits against the veteran Canadian soldiers who guard them, hoping to earn good marks for their credit in post-war Germany by constantly trying to escape and making life as difficult as possible for the camp staff.

Kenneth Campbell Bedson was the son of Samuel Lawrence Bedson (1842—1891), an English-born army officer who settled in Manitoba after Wolseley’s Expedition in 1870. The elder Bedson was a prison warden, golfer, sportsman and hunter. As a boy, Kenneth Bedson helped his father herd buffalo on the family farm. Bedson was born In Stoney Mountain, Manitoba on 31 July 1881. During the Boer War, Bedson fought with the 2nd Mounted Rifles. He also belonged to the 100th Winnipeg Grenadiers and the Fort Garry Horse. In September 1914, he enlisted as a captain in Lieutenant Colonel Louis Lipsett’s 8th Battalion.

After receiving a field promotion to major in April 1916, he assumed temporary command of the 8th after Lieutenant Colonel Harold Matthews was wounded at Mont Sorrel in June. On 8 August, Bedson was attached to 1st Division headquarters until he returned to England in late 1916. In January 1917, he joined the 18th Reserve Battalion, where he remained until demobilization. 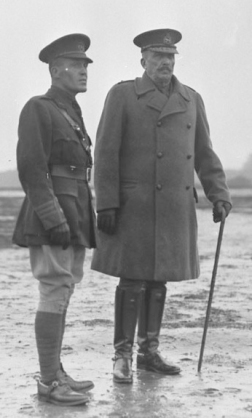 During the Second World War, Bedson commanded the 10th Company of the Veteran’s Home Guard. In May 1940, the Canadian government had authorized the creation of an auxiliary force of First World War veterans who were too old to fight overseas. In an interview with the Winnipeg Tribune, Bedson reported: “We have men from all over the world here Indian Army, Australian Expeditionary force, Canadians of all regiments. We even have 14 Old Contemptibles. Yes, they are delighted to be in the Home Guard.”

One of the crucial duties of the veteran soldiers was to guard “enemy aliens” and captured Germans. A prison warden in his civilian life, like his late father, Bedson became commandant of a number of internment and prisoner-of-war across Canada.

His camp held various kinds of German prisoners, including some senior officers from Goering’s staff, Afrika Korps soldiers, Luftwaffe airmen and U-Boat crew survivors. Benson reported that many of the “extremely arrogant” Nazi officers, “thought that in three weeks we would be inside the wire and they outside. They certainly believed they belonged to a master race.”