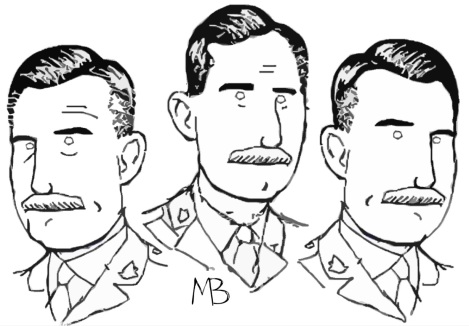 If sole support of widowed mother, state what amount you have given per month prior to your enlistment, also reason she has no other support than yourself:

All earnings. Husband dead and her only other sons married and supporting their own families. She has no other income sufficient to support her & her two daughters.

The Boultons were a prominent Upper Canadian family with deep political connections and a long military tradition. During the 1885 Northwest Rebellion, Colonel Charles Arkoll Boulton (1841—1899) raised a unit to help put down the uprising of Louis Riel. In 1889, he was appointed senator for Manitoba. His oldest son, D’Arcy Everard Boulton was born in Orillia, Ontario on 26 April 1876. Lawrence Charles Boulton was born in Lakefield, Ontario on 10 December 1878. The youngest son, Russell Heath Boulton, was born in Russell, Manitoba on 24 February 1884-1918.

After their father settled in Manitoba, all three sons became active in the militia and joined the 32nd Horse Regiment. D’Arcy, a veteran of the Boer War, enlisted as a captain with Lieutenant Colonel Harry Cowan’s 32nd Battalion in December 1914. Major Lawrence and Lieutenant Russell joined the 200th Battalion commanded by their brother-in-law, Angus Lorne Bonnycastle, husband of their sister Ellen Mary Boulton. With his brothers supporting their own families, the unmarried Lawrence allocated all of his army earning to his widowed mother Augusta Latter Boulton. 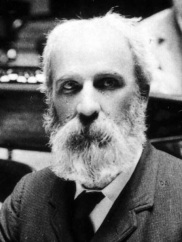 After the 200th Battalion was broken up in May 1917, Lawrence transferred to the Imperial Forces in France and Russell joined 107th Pioneers before being attached to the 3rd Canadian Engineers. On 18 August 1918, Russell died from severe wounds to his abdomen, legs and head while in command of a machine gun battery. Lawrence survived the war and died in July 1946.

After the 32nd Manitoba Horse arrived in England in 1915, D’Arcy went to France on conducting duty from August until September. In March 1916, he was attached to the 5th Battalion for a month-long field instruction.

After a promotion to temporary major with the 15th Reserves, D’Arcy took a senior officers training course at Aldershot between January and March 1917. His instructor found him “a hard working Officer, cheerful and a thorough trier, but slow to grasp things, which is a great handicap to him.” His performance indicated that he might become ready for a battalion command after a few months training under a good C.O.

However, the school commandant, Brigadier-General Reginald Kentish was less optimistic:

I do not consider this Officer fit to do Second-in-Command of any Battalion until he has served for at least 6 months as a Company Commander in France. What I have seen of his work here has not impressed me.

With a less than stellar school and drill record, D’Arcy returned to France to gain more practical experience. He served his six months with the 5th Battalion from April until September 1917. Evidently he again failed to impress because he was subsequently struck off strength and returned to Canada. He remained active in the militia after the war until forced into retirement in 1931. He died at the Veteran Hospital in Victoria, British Columbia on 12 April 1948.