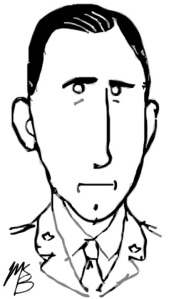 Previously reported Missing, believed Killed, now Killed in Action. While leading his Battalion in the attack on Vimy Ridge and just as he reached the enemy second line, he was instantly killed by a bullet through the head.

A civil engineer and graduate of McGill University, James Arnold DeLancey was born in Middleton, Nova Scotia on 15 July 1880. He originally enlisted in A. G. Vincent’s 40th Battalion before joining the 25th as adjutant. In the absence of Lieutenant Colonel D. S. Bauld, command fell to DeLancey to led the battalion over the top at Vimy Ridge.