“All my men are down and out,” Lt. Alex Gleam writes to Capt. W. Thompson. ”Am afraid they will balk.”

“Your men will go forward as ordered,” Thompson relies. “Any man who refuses is to be shot … Buck up, and get relieved to-night. The spirit of your message is not becoming a British officer.” 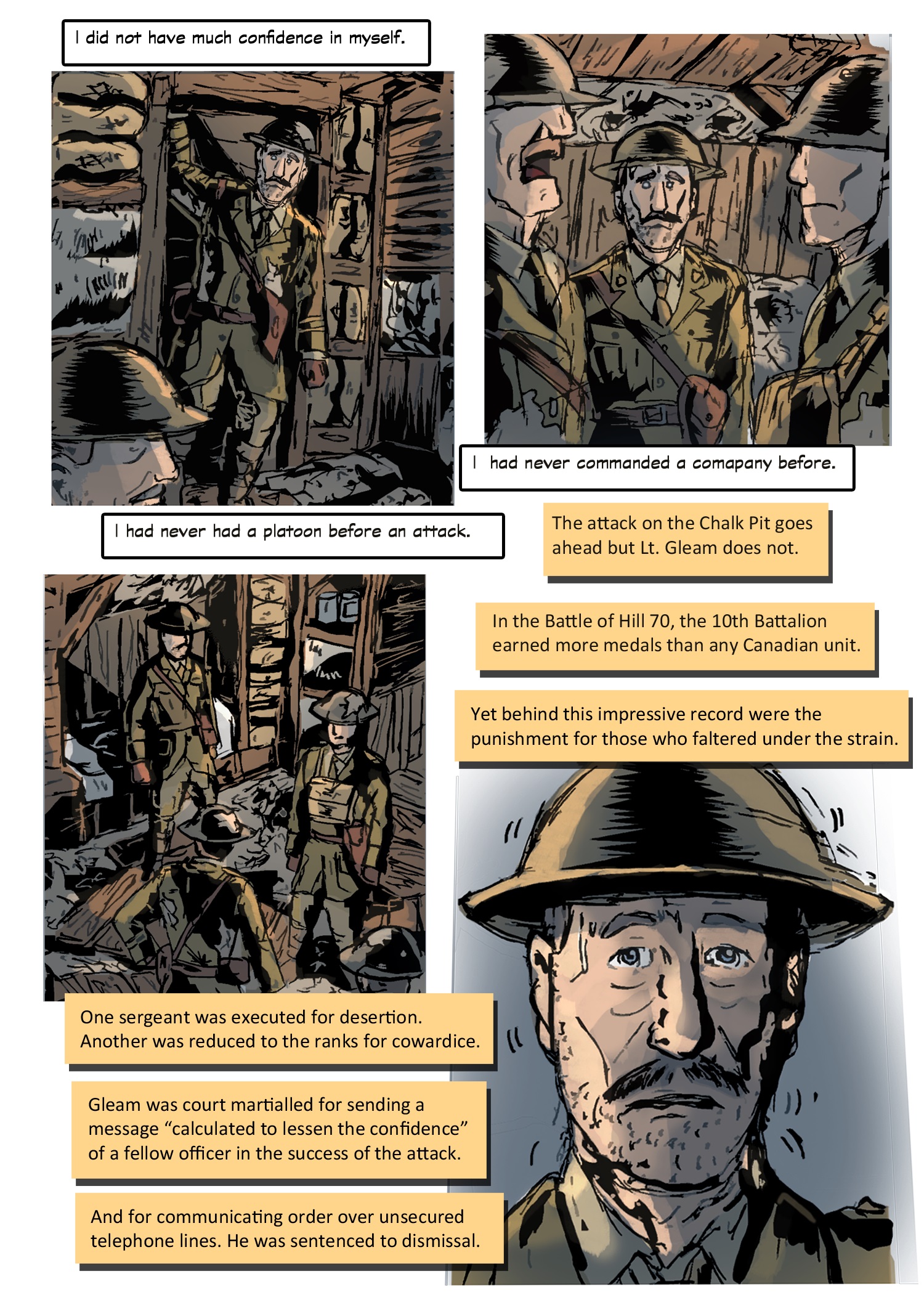 After being stripped of his commission and expelled from the Canadian Expeditionary Force, ex-Lt. Alex Gleam returned to Canada. Despite this record, by the Second World War he had been elected president of the West Vancouver branch of the Canadian Legion. He died in British Columbia on 15 July 1969.

Order Through Their Eyes: A Graphic History of Hill 70 and Canada’s First World War here!

And you can read more about Canadian officers’ scandalous conduct in my other book!