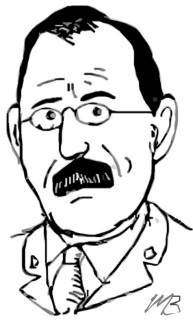 He followed Duty’s guidance/ O’er wide continent and sea,
To the blood-stained fields of France/ Where men battled to be free.

Amid the ruin and carnage,/ The thunder of gun and shell.
Facing grim death with courage./ Fearless he fought and fell.

There where night’s benediction/ Breathes quiet o’er the silent sod.
Waiting the bless’d resurrection/ He rests in peace with his God.

Born on 26 November 1878 in Montreal, Quebec, Lorne Ross was a banker in Victoria, British and had served for over thirteen years in several militia regiments including the 13th, the 22nd and the 29th. In 1913, he joined the 50th Gordon Highlanders as a major under the command of Colonel Arthur W. Currie. In September 1914, Ross enlisted at Valcartier and sailed with the CEF overseas.

Wounded at Second Ypres, Ross returned to Victoria in summer 1915 to recruit the 67th Battalion. Drawing on his battlefield experience, Ross emphasized rigiour training, arguing that the Canadians could not win the war “simply pretending to ourselves that we are better.”

One of the more prominent volunteers was famed Australian prizefighter and boxer, Frank Slavin. Born in 1862, Slavin had travelled to the Klondike around 1900 and made a life in British Columbia as a mining engineer. Rejected as too old in 1914, Slavin saw an opportunity with Ross’s new unit. The Australian fit right in—the colonel had insisted that every one of his men knew how to box

According to the Australian boxer’s autobiography, Ross “wanted a battalion of frontiersmen, and didn’t care if they were 60 years old, as long as they were physically fit.” Slavin remembered Ross was enthusiastic in accepting him as a private: “’Sure, you’re just the kind of man I want,’ he said with a smile and a handshake.” Ross favoured older recruits, asserting, “A young fellow sees sights that take his nerve, and that is why so many young officers have to be sent home to rest.”

A man like Slavin represented the ideal type of soldier for Ross. The 67th commander thought of the men in his battalion as rugged hunters and outdoorsmen. The colonel’s poetry reflected his belief that this northern breed was naturally suited for war:

From working the mine and feeling the pine,
They have come at the Empire’s call.
They have dropped their packs in the Caribou tracks
And willing left it all

The 67th deployed to France in August 1916 as the 4th Pioneer Battalion under Ross’ command. Less than one year in the field, the unit was disbanded on 30 April 1917. Ross returned to British Columbia to pursue various capitalist enterprises and made a failed foray into provincial politics. He died on 10 January 1951.

After a year overseas, Frank Slavin returned to British Columbia in late 1917. Slavin’s son, who had also enlisted with the 67th, was killed in action in September 1918.