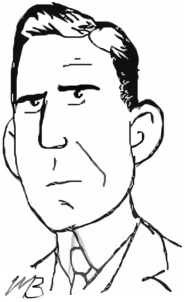 Colonel Stanfield has gone back to Canada and I guess that is the best place for him. He is no good anyway and after the boys get home again he won’t have so much to say.

John Stanfield was Conservative MP for Colchester (1907—1917) and chief government whip during the Borden Government. He was born on 18 May 1868 in Charlottetown, Prince Edward Island. He was a member of the 76th Colchester and Hants Rifle Corps Reserve. In February 1916, he was authorized to raise the 193rd Battalion as a unit in Lieutenant-Colonel A. H. Borden’s Highland Brigade. On his attestation form, Stanfield cited annual militia “camp drill” as prior military service.

When Colonel Borden departed early for England in September 1916, Stanfield assumed command of the brigade in his absence. Major R. J. R. Langford took over the 193rd.  In October, the Highlanders Brigade composed of the 85th, 185th, 193rd, 219th battalions sailed for England. Shortly after disembarking, the 193rd was absorbed by the 17th Reserve Battalion. Stanfield soon fell ill and was invalided back to Canada.

For some of the soldiers under his command the Tory politician would not be missed. The 17th Reserve newspaper, The Clansman, mused:

All the Members of Parliament of the Highland brigade are meandering their way back to Canada for the session of the legislature. Let us hope, boys, that in the next war we will all be M.P.’s so we will have a chance to step away from the war for a short time.

On retaking his seat in Parliament in April 1917, Stanfield explained:

Owing to a severe operation I had met with, the medical officers considered that it would be unwise for me to go to France, even on a tour to see what was going on. I should have liked to go, but I took their advice and came home, so I cannot speak of conditions at the front.

Although he did not stand for re-election in 1917, on 17 February 1921, Prime Minister Meighen appointed Stanfield to the Senate. He remained in the upper chamber until his death on 22 January 1934.

For more about Canadians MPs who served in the First World War, see: Matt Barrett, “‘Natural leaders of a democratic army’: Parliament goes to war,” British Journal of Canadian Studies (2017): 23-44