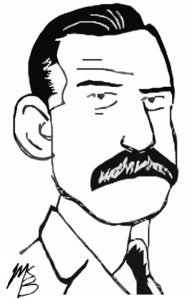 Colonel Harry McLeod has also been taken away since last we met here.

His interests were perhaps, as much in the military field as in the political field. He was a student of military tactics and military matters generally, and attended manoeuvres in this and in other countries for purposes of study—and, indeed, in the late war served in the fields of Europe.

After arriving in England, McLeod’s unit was re-designated a reserve battalion. The six-foot-one colonel remained with the 12th until 6 July 1916 when he took command of a training unit at Shorncliffe. Prior to the declaration of war, McLeod had vowed to defend the Empire:

Of course Canadian service will be voluntary, but I know that in every hamlet, village, and hillside of this land there are boys and men going their peaceful ways who only need the call to prove that they too are of the lion’s brood, ready to do their part for the preservation of that far-flung land that makes the British Empire.

Despite his willingness to serve the Empire on the field of battle, McLeod was confined to England. Back in Ottawa, William Pugsley, Liberal MP for St. John, alluded to discontentment among McLeod and his officers over the reorganization of the battalion. Militia Minister Hughes replied, “Each man is anxious to get to the front, and naturally each man would wish to get to the front with his own corps. But there must be some details. They all knew that.”

Easily re-elected in the December 1917, McLeod retook his seat in the House of Commons. As Prime Minister Meighen later noted, “His contributions to parliamentary discussions were not many; but they were valuable.” Although McLeod rarely if ever spoke in the House, he did raise questions about pensions on behalf of returned men and supported the military petitions of constituents.