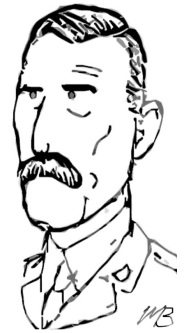 His character was above reproach and his whole-hearted zeal for the welfare of his men had earned for him their perfect confidence as a commander. He had never sought popularity, yet men and officers felt that they were losing a friend.

Hebert Victor Rorke was a federal civil servant and member of the 3rd Regiment since 1885. He was born on 25 April 1869 in the Township of Collingwood, Ontario. He enlisted in Lieutenant Colonel J. A. W. Allan’s 20th Battalion on the formation of the First Contingent at Valcartier. On the front, he served as second-in-command under Lieutenant Colonel Charles Herman Rogers until December 1916 when he took over the 20th.

END_OF_DOCUMENT_TOKEN_TO_BE_REPLACED 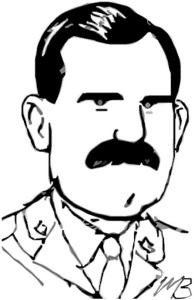 If Britain should be drawn into the vortex of another European war, it would be difficult for Canada to claim the benefits of Empire and remain neutral. On the other head, if we saw fit to establish more friendly relations with our neighbours to the South, we might be drawn into a struggle bordering on the Pacific.

A descendant of famed Revolutionary War Loyalist Ranger, Robert Rogers, Charles Herman Rogers came from a long line of militiamen. Born in Grafton, Ontario on 28 December 1876, as a boy he joined the 40th Northumberland Regiment commanded by his father, Colonel Robert Zacheus Rogers (1843—1911). He served in the Boer war and in 1913 succeeded his uncle, Henry Cassidy Rogers, in command of the 3rd Prince of Wales Canadian Dragoons. In September 1914, Rogers became second-in-command to David Watson of the 2nd Battalion.

END_OF_DOCUMENT_TOKEN_TO_BE_REPLACED 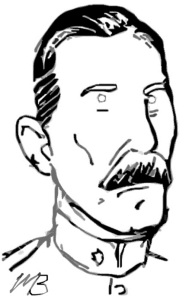 Replying to the address of welcome, Col. Allan spoke briefly, thanking his fellow townsmen for their many expressions of kindness. He had visited England, Wales, Scotland, Belgium and France, where he was in the trenches for a short time. He thought the ultimate victory of the allies was beyond doubt, but much hard fighting remained.

Born on 6 September 1864, John Alfred Walker Allan was a successful hardware merchant and mayor of Newmarket (1913—1914). He stepped down at the outbreak of the Great War to raise the 20th Battalion from his hometown and central Ontario. Commanding officer of the 12th York Rifles, Allan had also served in the Northwest Rebellion of 1885.