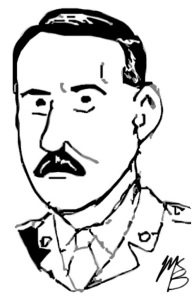 My own future is uncertain, but I can only hope that some day, we shall be together again, and I would ask for nothing better than to have you all back under my command but whatever comes, I shall never forget the many happy and glorious days I have spent with the old 60th Battalion.

A native of England, Frederick Arthur DeLong Gascoigne was born on 2 April 1866. After immigrating to Canada, he worked for the Canadian Pacific Railway in Quebec. In 1886, he enlisted as a private with the 3rd (Victoria Rifles) Regiment. After nearly thirty-years’ service in the militia he became commanding officer in 1914. Although illness prevented him from joining the First Contingent, in April 1915 Gascoigne was authorized to raise the 60th Battalion from Quebec.

END_OF_DOCUMENT_TOKEN_TO_BE_REPLACED 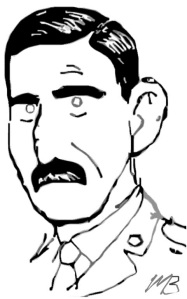 Marked spells of general weakness, occasionally shortness of breath, easily fatigued, spells of nervousness with trembling of whole body. Has no confidence in himself and lacks concentrating powers.

William Barnard Evans was a Montreal businessman with fourteen years’ service in the 3rd Royal Victoria Rifles. He was born in Toronto on 31 October 1875. On the formation of the 60th Battalion in spring 1915, he became second-in-command to Lieutenant Colonel Gascoigne.