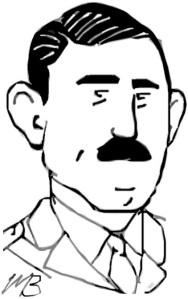 Born on 20 June 1884 in Oromocto, New Brunswick, Percy Albert Guthrie was an Orangeman and Conservative member of the provincial legislature. He was one of the first volunteers to join the Canadian Expeditionary Force and sailed to England with Lieutenant Colonel Harry McLeod’s 12th Battalion. He fought with the 10th Battalion at Second Ypres and was seriously wounded by a shell explosion at Festubert on 25 May 1915.

Guthrie was invalided to Canada onboard the RMS Hesperian but a German U-boat torpedoed the ocean liner off the coast of Queenstown, Ireland. Trapped in his bed due to his injuries, Guthrie repeated the Lord’s Prayer and resigned himself to drowning. Fortunately, another wounded man managed to rescue him before the ship went down.

Once back in Canada, Guthrie proposed to raise a Scottish Highland Battalion based in the Maritimes. General Hugh Havelock McLean, Liberal MP and one of the most prominent military officers in New Brunswick, sponsored the battalion as the honorary colonel.

Guthrie sought recruits from across Canada as well as communities in New England. Through the cooperation of Boston Mayor Curley and other American politicians, over half of the 236th Battalion came from the United States. In recognition of the unit’s new composition, the officers decided on the name “McLean’s Kilties of America.” With its ranks filled, the 236th sailed for England where it was absorbed by the 20th Reserve Battalion in November 1917. Guthrie transferred to the Imperial Forces.

In 1919, Guthrie returned to a hero’s welcome in Boston where he stayed to practice law and become an American citizen. At the outbreak of the Second World War, he went to Montreal and tried to enlist as a private. However, the recruiting officers recognized the fifty-eight year old former colonel. Guthrie explained to the press, “I am not looking for any favors on account of my past services. I simply… came here to see if I could help in the fight Canada is waging for human freedom.” He was permitted to join the Veteran’s Guard. 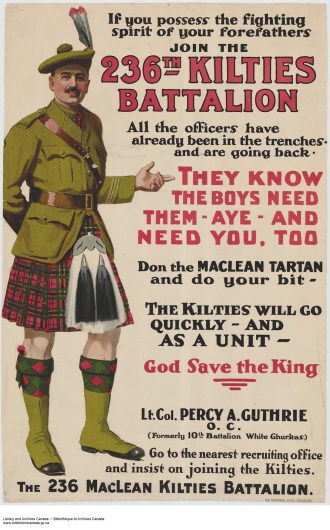 2 thoughts on “The Americanist”