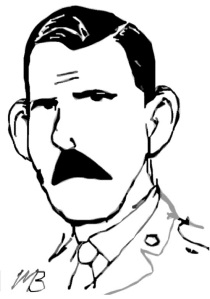 We started out a British Columbia unit; we return an Ontario Battalion; but I defy anyone to note the point of cleavage. Welded together by many months of common danger, East and West have fused as one…

Born on 10 February 1879 in Wigtoft, Lincolnshire, England, Frederick Lister was a sawmill superintendent in British Columbia. He had been a policeman with the Bechuanaland Protectorate since 1896 and fought in the Matabele Rebellion and the Boer War. He immigrated to Canada in 1903. In December 1915, he enlisted with the 102nd Battalion under the command of Lieutenant Colonel J .W. Warden.