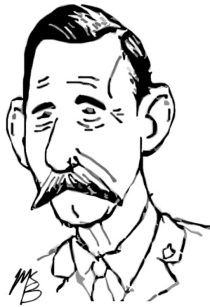 But they wanted to go. One member of this House, Col. Arthurs—I read the most touching letter I have seen for many a day—is in the trenches. He had reduced his rank and gone over in spite of his son’s remonstrance from the trenches ordering his dad to get out.

James Arthurs was a hardware merchant, self-styled gentleman and Conservative MP for Parry Sound (1908—1935). He was born on 3 October 1866 in Toronto. He raised the 162nd Battalion from his home county and proceeded to England in November 1916. Despite age restrictions on senior officers, the fifty-year old Arthurs reverted to captain and joined the 1st Battalion on the front in February 1917.

END_OF_DOCUMENT_TOKEN_TO_BE_REPLACED 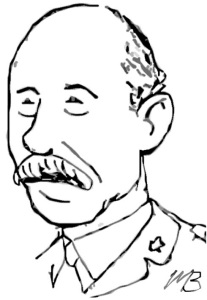 Mr. Chairman, there is poison gas disseminated in connection with this war from other quarters than the trenches in the German line, and there is sniping equally disastrous to the cause of the war as that of the German sharpshooters. I am one of those colonels, commanding officers, of which the hon. gentlemen who act the part of political snipers in Canada speak so contemptuously in this House and through their press.

James Davis Taylor was a journalist and publisher in Ottawa and British Columbia and Conservative MP for New Westminster (1908—1917). He was born on 2 September 1863 in Abenaqui Mills, Canada East. During the Northwest campaign, he fought as a private with the Ottawa Sharpshooters at the battle of Cut Knife on 2 May 1885. After the Rebellion, he bought the Canadian Militia Gazette and later organized the 104th Militia Regiment in 1904. He led the 131st Battalion to England before returning to Canada in early January 1917.

END_OF_DOCUMENT_TOKEN_TO_BE_REPLACED 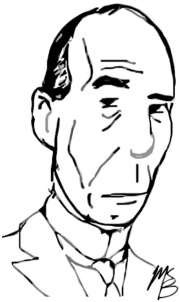 I confess frankly that at the moment when I was informed that my battalion was to be broken up and that my men were to be taken from me to go to the front, I felt hurt; I felt it was an injustice to myself and to my battalion.

Slurs have been thrown across the floor by more than one hon. gentleman opposite regarding the colonels how have gone overseas. I should like to say to some of these gentleman that they would occupy a much higher position in this country than they occupy if they had done what some of these returned colonel have done.

George Henry Bradbury was a Manitoba manufacturer and veteran of the Northwest Rebellion. Born on 25 June 1859 in Hamilton, Canada West, he had belonged to the Ottawa Dragoons as a young man and enlisted with the Boulton’s Scouts during the 1885 Rebellion. In 1908, he was elected MP for Selkirk. In November 1915, he became a growing number of Conservative MP authorized to raise a battalion.