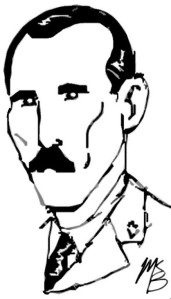 I made Lieutenant Dansereau my acting adjutant. He was my scout master and signalling officer, and when I went into the trenches either he or one of the other young rascals would step up smartly and start a conversation when I was passing a dangerous spot. I noticed that these escorts always got between me and the German lines so that if a bullet came they would get it first. This touched me very deeply but I made them stop it. No commanding officer was ever served more devotedly by his officers than I have been.

Born on 15 November 1890 in Montreal, Joseph Adolphe Dansereau was the son of Clément-Arthur Dansereau (1844—1918), influential Liberal journalist and editor of La Presse. A graduate of the Royal Military College and member of the Corps of Guides, the twenty-five year old Dansereau was one of the youngest CEF colonels when he was appointed to raise the 69th Battalion from Montreal in July 1915.

On 31 August 1914, Dansereau had enlisted in the Canadian Expeditionary Force at Valcartier, where he was attached to Lieutenant Colonel John A. Currie’s 15th Battalion. In his 1916 account of the second battle of Ypres, The Red Watch, Currie praised his adjutant’s courage and ability. He observed, “Young Dansereau knew no fear and would as soon go out in daylight and cut the Germans’ wires as eat his breakfast.” As one of the only French-speaking officers in the unit, he was also able to communicate with the French Turcos during the chaos of the German gas attack at St. Julien in late April 1915. 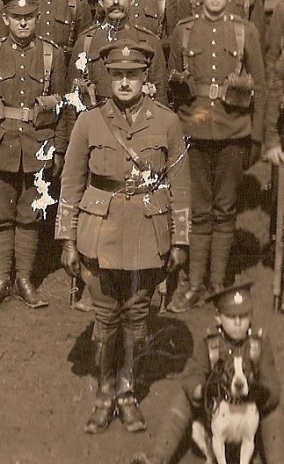 During the fighting on 24 April, Currie recalled, “Dansereau, my adjutant, was struck in the head with a piece of shell and everyone thought he was finished. Word was brought to me to that effect, and I felt as if I had lost my own son.” When Currie sent a soldier to recover the body, nothing could be found. Though seriously wounded, Dansereau survived by crawling out of the trench back to his own lines. He was invalided back to Canada.

Promoted to Lieutenant Colonel, Dansereau returned to England with the 69th Battalion one year later in April 1916. He remained in command until the unit was absorbed into the reserves in January 1917. He later joined the 22nd Battalion in spring 1917 on an instructional tour of the front.

He re-enlisted in the army at the outbreak of the Second World War. He worked in the Quebec Lands and Forest Department until he death on 26 January 1948.

2 thoughts on “The Undead”