Lt.­Col. Bent’s fighting qualities, his proverbial coolness under fire and his great popularity with all ranks had inspired confidence and respect in the Battalion for three years. His guiding hand and figure at their head had come to be an accepted thing, especially in action.

Born in Pugwash, Nova Scotia on 2 January 1880, Charles Edward Bent was a customs collector with seventeen years’ experience in the militia. He enlisted with the 17th Battalion at the rank of captain and led a reinforcing draft to the front after the 15th Battalion was decimated at Second Ypres. He was soon appointed second-in-command.

END_OF_DOCUMENT_TOKEN_TO_BE_REPLACED 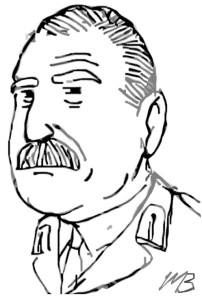 As was the case to be in many Canadian battalions, Lt.-Col. Currie was an M.P. and very much more of a politician than an officer.

He was one of the type of civilian-soldier who is simply worshipped by the poorer element among the ranks, but to serve under whom, for an officer, is sheer misery.

The conduct of John Allister Currie at the second battle of Ypres in late April 1915 was the subject of much controversy and insinuation. According to some of his men in the 15th Battalion, he had fought “like a hero” with rifle and bayonet. However, by most accounts, Currie remained in a dugout well behind the lines, shell shocked and possibly drunk during the German gas attack on his unit at St. Julien.

END_OF_DOCUMENT_TOKEN_TO_BE_REPLACED 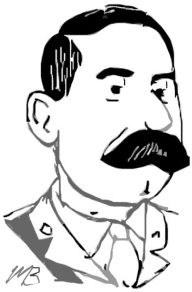 If Canada, a self-governing nation, as part of the British Empire, but free and independent, should be attacked, what would Great Britain do? Every one knows she would fly to our assistance with all her forces. Canada will not do less. Every Canadian should be prepared, and I believe is prepared, to stand shoulder to shoulder for the unity of the Empire.

In anticipation of war with Germany, Daniel McLean, commanding officer of the 106th Winnipeg Light Infantry transmitted the above message vowing to support the Empire. McLean was a Winnipeg city councillor and Conservative member of the Manitoba legislature (1914—1915). Born on 4 January 1868 in Scotch Block, Ontario, he had moved to Winnipeg in 1893 and organized the 106th in 1912.

END_OF_DOCUMENT_TOKEN_TO_BE_REPLACED 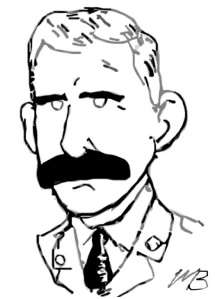 He has been a faithful officer for many years. I have had no report as to what his misdeeds were as Conducting Officer… His is a sad and serious case as he has a wife and two children and his job with the Westinghouse people was filled when he was away.

A native of Belfast, Ireland, Percy Domville was born on 4 June 1867. After immigrating to Canada, he became a mechanical engineer in Hamilton and joined the 13th Regiment. He spent thirty years in the militia and was appointed to the Shell Commission in Ottawa after the outbreak of the Great War.