John Alexander Cooper was a Toronto militia leader, press editor and original president of the Canadian Club when it was founded in 1897. He was born in Clinton, Ontario on 5 February  1868, graduated from the University of Toronto in 1892 and joined the Queen’s Own Rifles in 1896. A long-time advocate for militia and defence issues, Cooper was authorized to raise the 198th Battalion from Toronto.

END_OF_DOCUMENT_TOKEN_TO_BE_REPLACED 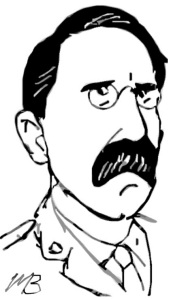 I am afraid there are some of your letters unanswered, but we are having some of the longest days that the militia have ever been called on to perform. The old time camp of instruction was like a Sunday school picnic by comparison.

William Edward Sheridan Knowles was a barrister, former mayor of Dundas (1894—1895) and commanding officer of the 77th Regiment. He was born in Wentworth County, Canada West on 3 October 1862. In December 1915, he was authorized to raise the 129th Battalion from his home region. END_OF_DOCUMENT_TOKEN_TO_BE_REPLACED

This officer appears before the Board after one month’s extension of leave. He feels very much better and fit to return to duty. Former hospital papers and medical Board puts his disability as V.D.H. [Valvular Disease of the Heart] which is an old lesion & in the opinion of the Board was not the cause of his present breakdown, which was due to nervous overstain,

Born in London, Ontario on 26 March 1884, Milton John Francis was manager of a Fort William music store selling pianos and gramophones. He first enlisted with the 44th (Manitoba) Battalion and transferred to the 46th as second-in-command before assuming command of the 47th just before the Vimy offensive in April 1917 .

END_OF_DOCUMENT_TOKEN_TO_BE_REPLACED 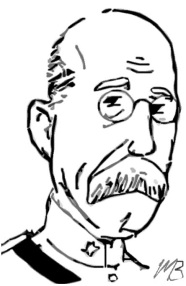 END_OF_DOCUMENT_TOKEN_TO_BE_REPLACED

We started out a British Columbia unit; we return an Ontario Battalion; but I defy anyone to note the point of cleavage. Welded together by many months of common danger, East and West have fused as one…

Born on 10 February 1879 in Wigtoft, Lincolnshire, England, Frederick Lister was a sawmill superintendent in British Columbia. He had been a policeman with the Bechuanaland Protectorate since 1896 and fought in the Matabele Rebellion and the Boer War. He immigrated to Canada in 1903. In December 1915, he enlisted with the 102nd Battalion under the command of Lieutenant Colonel J .W. Warden.

END_OF_DOCUMENT_TOKEN_TO_BE_REPLACED

This officer was wounded on April 23rd near Ypres as described in A.F.A.45 of the 27th Aug’15. He now has very free movement at the shoulder, and has no pain and has considerable strength in the arm. His nervous condition, however, is not yet normal and this board recommends another month’s leave from this date.

Born on 11 October 1868 in Brockville, Ontario, William Senkler Buell descended from one of the oldest Loyalist families in Ontario. His ancestors had fought for the British in the American Revolution and the War of 1812. He followed his grandfather and father in politics and military affairs, becoming mayor of Brockville in 1900, president of the Liberal Association and commanding officer of the 41st Regiment in 1910. In August 1914, he helped to organize the 4th Battalion and was appointed second-in-command.

END_OF_DOCUMENT_TOKEN_TO_BE_REPLACED 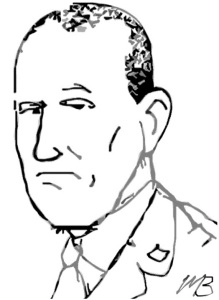 Captain Craig had the honor to be the first officer of the C.M.R. to be wounded. We landed in France in October and went straight to the trenches a little south of Ypres, and Captain Craig was wounded almost immediately after we arrived.

William Caldwell Craig was born in Leeds, Quebec on 12 March 1884 to English-Scottish parents. He was gazetted to Lord Strathcona’s Horse in 1912 in Winnipeg. He later relocated to Vermilion, Alberta and joined the 19th Alberta Dragoons. At the outbreak of the Great War, Craig enlisted as a captain in the 3rd Canadian Mounted Rifles. After he was wounded in the foot during a battle at Dicksbusche, Craig was invalided to Canada in December 1915.

END_OF_DOCUMENT_TOKEN_TO_BE_REPLACED

Colonel Pritchard was one of Canada’s unwanted senior officers. He had given up his business, left his home in Ontario, raised a battalion of friends and neighbours, trained them to the best of his ability and knowledge, and taken them to where they could smell gunpowder. Then he was told he could go home, he was no longer wanted. What would they call him at home?

Born on 9 February 1868 in Nichol Township, Ontario, Robert Thomas Pritchard was a farmer in Wellington County and member of the 30th Regiment since 1893. In March 1916, he transferred from the 111th Battalion to take command of the newly authorized 153rd. After arriving in England in May 1917, the battalion was broken up and Pritchard was deemed surplus to requirements.

END_OF_DOCUMENT_TOKEN_TO_BE_REPLACED

There is a fine fibrillary Tremor of hands & tongue on Exam.

Insomnia with frequent migraine over left side & is all the time “nervous.” Is unable to walk a mile at ordinary Military rate. Says he notices he is very irritable at times & has “fits of depression.”

René-Arthur de la Bruère Girouard traced his family linage to the earliest French settlers in the 17th Century and was a direct descendant of Governor Pierre Boucher (1622—1717). A native of Quebec City, Girouard was born on 29 January 1882. He joined the Royal Leister Regiment at eighteen but left the army to work as a civil engineer and supervise track construction of the Pacific Railway in British Columbia.

END_OF_DOCUMENT_TOKEN_TO_BE_REPLACED

The trenches, too, have their lighter side. There are no more cheerful people connected with this war than the boys in the trenches. They make jokes about everything, especially the German shells. The officers are not excluded from their jokes. I recall one day in the trenches, when the word was passed among some of my own Tommies that some staff officers were coming down the trenches.

“Staff officers in the trenches!” exclaimed one of the boys, “Peace must have been declared!”

Arthur William Morley was a Manitoba lawyer and legislative clerk born on 9 August 1880 in Huntsville, Ontario. He moved west to study law in 1901 and set up a practice in Winnipeg after graduation in 1904. A member of the 90th Rifles since relocating to Manitoba, he volunteered with the 8th Battalion September 1914.