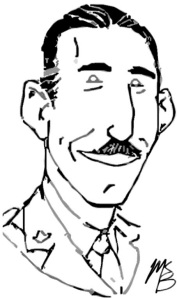 Colonel Tobin bore testimony to his appreciation of what all those connected with the 29th had done. They had, he said, received splendid support in looking after the sick and wounded and the prisoners of war, and I know he was looking carefully—being a lawyer—after the money that has been so generously sent out to.

Henry Seymour Tobin was a graduate of the Royal Military College and served with Lord Strathcona’s Horse in the Boer War. He was born in Ottawa on 12 January 1877. After the South Africa campaign, he became a lawyer in the Yukon, Alberta and British Columbia. A major with the 72nd Seaforth Highlanders, Tobin organized the 29th Battalion from Vancouver in early 1915.

The battalion sailed for training in England in May 1915 and deployed to France as part of the 6th Infantry Brigade, 2nd Division in September. Prior to leaving Vancouver, Tobin had addressed his new battalion:

Every man is prepared to do his little bit for the cause. There was much to be done. You cannot train soldiers in a day, but we have shown the scoffers what we can do. They used to run down the militia and say that all the officers wanted to do was to wear gaudy uniforms. The opportunity came to show them their mistake. We have not failed in the crisis.

Tobin remained with the 29th until July 1916 when he was recalled to England. Major John Spottiswood Tait took his place in command. Posted to training and reserve brigades in England, Tobin did not rejoin his original battalion for over two years. He returned to the field and succeeded Lieutenant Colonel W. S. Latta and Major L. A. Wilmot on 5 September 1918.

For gallant leadership during the battle of Cambrai in October, Tobin received the Distinguished Service Order. The citation read: “He went forward with advancing troops, directed their movement under heavy fire, and greatly contributed to the success of the operation. Later, when his troops were held up by heavy fire in a swamp, he went forward, reorganized them, and secured valuable information, which materially assisted in the ultimate success of the operation.”

On returning to British Columbia, Tobin resumed his law career and became a successful industrialist. At the outbreak of the Second World War, Tobin called on manufacturers and businessmen to do their share: “Everyone must realize that we’ve got to pay for the war as well as fight for it… I’m all in favor of excess war profits, taxes and conscription of capital. If Canada’s lives are going to be sacrificed, her capital should be sacrificed, too.”